Get in touch with us

We’re not being complacent but since we had the Positive Social sessions, we’ve seen hardly any social media issues.

Head of Sixth Form, Alec Lee, led the way at bringing in the sessions – originally under the Status Social banner – into the Littleover school – and his hope is that students in all school years will be able to feel the “Positive Social effect”.

He describes the response we’ve had from the students as overwhelmingly positive:

Alec says it’s been really important to be aware of potential social media issues but he’s been impressed at the impact of the Positive Social sessions:

If you’d like Positive Social to run sessions at your school, get in touch.

Catriona from Derby High School explains why she will act differently since going through a Positive Social session. 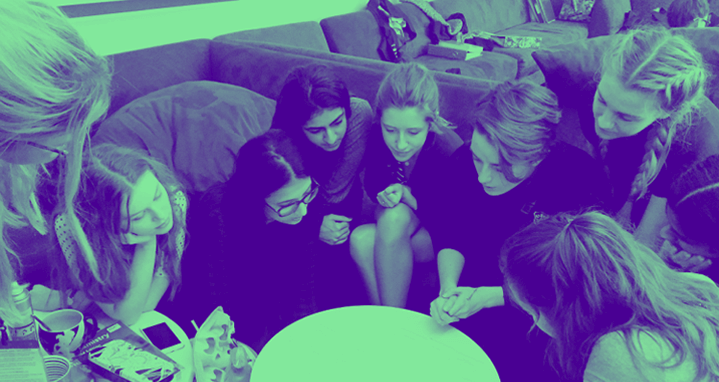 "Great, insightful session highlighting not only the negative effects of social media but also the benefits"

"This session was really fantastic, relevant and up-to-date for our leaders"

"As soon as the session was over I re-visited the security on all of my social media accounts."

"I will now be more careful about posting sarcastic comments as their meaning could be misinterpreted." 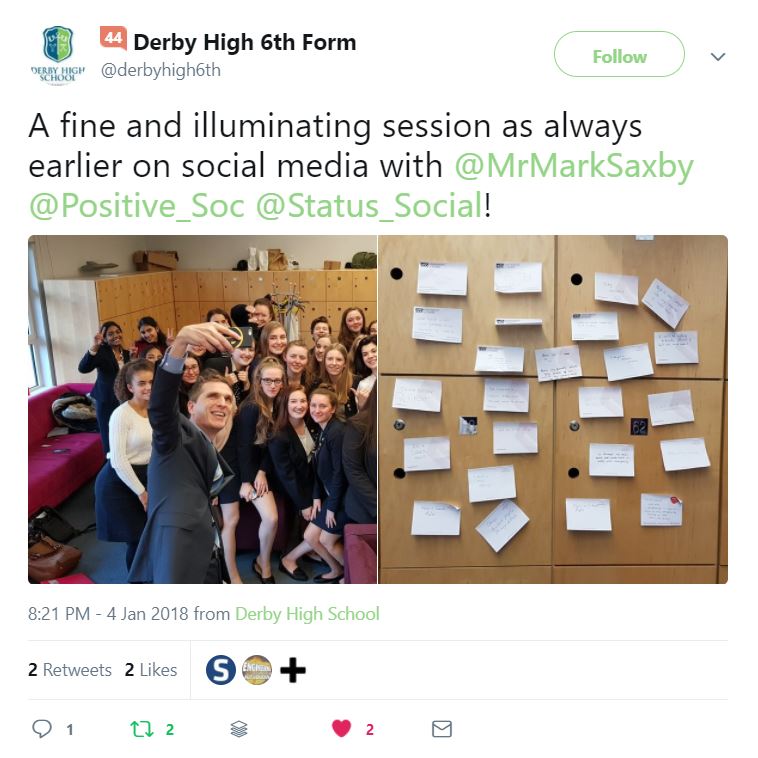